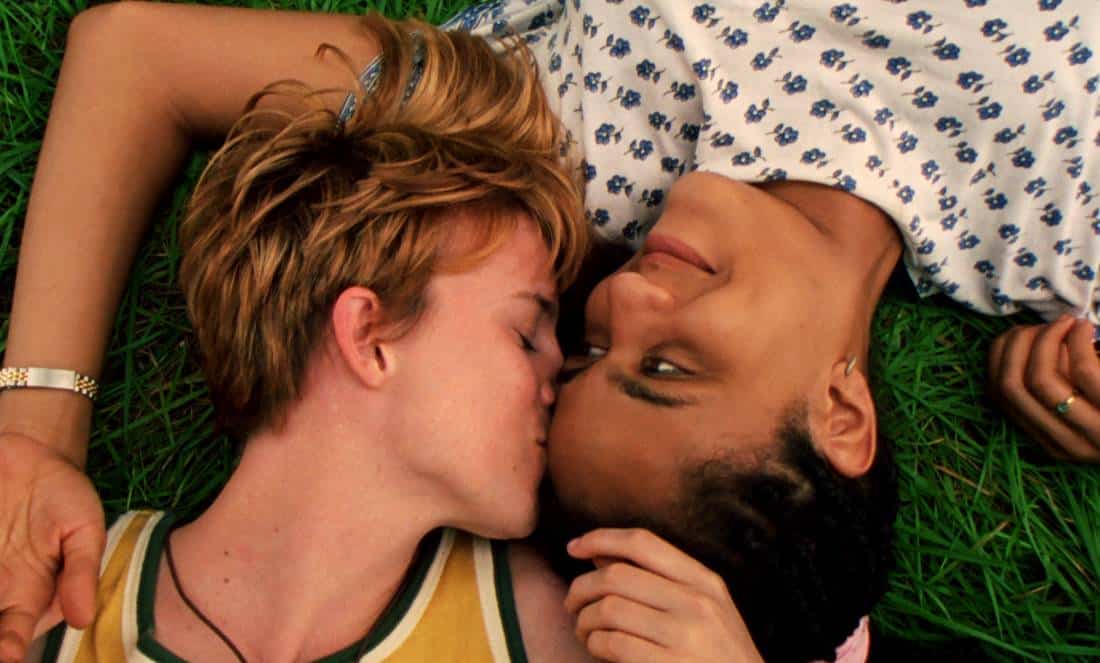 The Incredibly True Adventure of Two Girls In Love

Touching and poignant, the acclaimed coming-of-age comedy The Incredibly True Adventure of Two Girls In Love tells the story of two teenagers whose unexpected friendship grows into the joyful wildness of first love. Randy (Laurel Holloman), a rebellious working class tomboy, meets the beautiful, popular, well-to-do Evie (Nicole Ari Parker) when she brings her Range Rover into the repair shop where Randy works after school. Immediately intrigued by each other, the two girls start a romance that delights and disrupts their lives, causing Evie to lose her friends, Randy to lie to her parents, and sending the two of them on the run. Sensitive and romantic, funny and sincere, this daring film was hailed by the New York Times as “a universal story about first love, adolescent rebellion and sexual awakening” and is now celebrated as an iconic part of the 1990s queer cinema canon. Beloved by audiences, it was often referred to, with relief, as one of the few lesbian movies with a “happy ending where no one dies.

Country of Origin: US